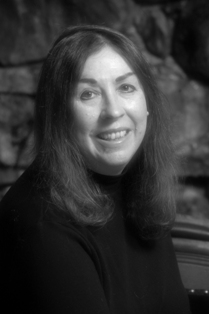 In the series debut, Lea is the toast of the city until her old flame--a Silicon Valley CEO--dies of poisoning over dinner. Accused of murder, Lea turns sleuth and is soon pitted against rogue executives, wannabe millionaires, and cocky software wizards. Think Julia Child meets The Firm.

NPR called the debut, Patterns in Silicon, "a real page-turner." The Lincoln Journal Star said it "deftly mixes real danger, suspense and lively characters in the first of what's sure to be a successful series."

Maureen is the former editor of a San Francisco newspaper and lived in San Francisco for many years; she and her family now live in the Blue Ridge Mountains of Virginia. Her series lets her combine three of her passions: writing, mysteries, and food.

To take a food lovers tour of San Francisco or to read an interview with Maureen, please visit her Web site.

Running a restaurant can be murder.