Scientist Writes "Real Science" Thrillers From Inside the Lab 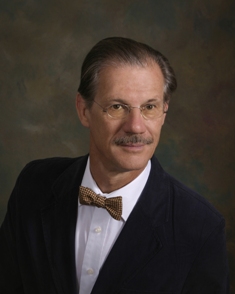 PAUL BOOR, M.D., is a professor at the University of Texas Medical Branch, Galveston, home to the highest level bio-safety laboratory in the United States. A world renowned, Harvard-trained pathologist and scientist, Dr. Boor’s research laboratory has been funded by the National Institutes of Health (NIH) in Washington, D.C. for over twenty years. He was the recipient of both a Young Investigator and an Established Investigator Award from the NIH’s Heart, Lung and Blood Institute. His contributions to science are highly respected, as are his eloquent lectures to medical students and the scientists of tomorrow.

BUT DR. BOOR has another passion--writing. A poet from an early age, his poetry has appeared for over 20 years in literary journals such as The Journal of Medical Humanities, Whole Notes, Rhino, and Sulphur River. Andrei Codrescu, poet and NPR commentator, published Dr. Boor’s poetry from 1993 to 1998 in Codrescu’s Exquisite Corpse, an especially appropriate venue for the work of a pathologist. Dr. Boor has been chosen as a juried poet at The Houston Poetry Fest five times since 1991. His recent poetry was anthologized in Primary Care: More Poems by Physicians (Angela Belli and Jack Coulehan, editors; 2006).

TURNING HIS HAND TO FICTION, Dr. Boor began publishing short stories in 1990. His stories, which address the vagaries of biology and the quirky people who inhabit research labs, have appeared in The New Mexico Humanities Review, Puerto del Sol, The Redneck Review of Literature, Mediphors–A Literary Journal of the Health Professions, and the long-lived detective/thriller magazine, Hardboiled (formerly Hardboiled Detective).

THE BLOOD NOTES OF PETER MALLOW is Dr. Boor’s first novel. In our times of bird flu, SARS, and the fear of bio-attacks, the story unfolds inside the highest-level research facility for infectious agents in the U.S., the “Biosafety Level-4” located in Galveston. Dr. Peter Mallow, an established scientist at the peak of his academic career, is hot on the trail of an emerging bird-flu virus. A brilliant, but deeply disturbed student has just joined his lab, leading Mallow to record his thoughts in an ordinary lab notebook. Mallow’s notes take us with him into the downward spiral of his scientific career, a devastating hurricane and, eventually, the deadliest epidemic in history. In THE BLOOD NOTES OF PETER MALLOW, the most dangerous organisms in the bio-lab are the scientists themselves.

DR. BOOR lives on Galveston Island, where he continues to research, teach, and write.

DR. BOOR HAS TWO OTHER NOVELS nearing publication. THE ICE MERCHANT, set in 1890s Galveston, is a tale of trafficking in body parts, and the discovery of a cure for yellow fever. In Dr. Boor’s third novel, BIOPSY, a young Boston pathologist uncovers a heinous assassination plot that involves Harvard professors, a deadly worm, and a blowgun. THESE UPCOMING NOVELS were 1st-place winners in the 2007 Texas Writers’ League Novel Contest, in separate Historical and Thriller categories. This is a feat never before accomplished in the League’s twenty-six-year history.