Born in the land of Cajuns, Cowboys, Pirates & Paleo-Indians 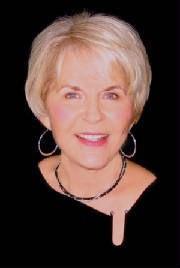 Born in Orange, Texas, Sylvia Dickey Smith is said to see everything and miss nothing. She lived on the Caribbean island of Trinidad, W.I. for six years where she developed a love for the Caribbean culture. Returning to the U.S., Sylvia attended the University of Texas at El Paso, earning a B.A. in Sociology and a M. Ed in Educational Psychology while raising four children. She founded her own business conducting management effectiveness training, individual and marriage counseling, and assertiveness training for women. Sylvia now lives in Texas with her husband, Bill, a retired Army Colonel.

She draws from her training and experience, plus her keen eye for human behavior, as she develops characters in her novels and short stories. Her Sidra Smart mysteries are DANCE ON HIS GRAVE, DEADLY SINS DEADLY SECRETS (named one of the top 50 novels for 2008), and DEAD WRECKONING, due out April 1, 2009.

She serves as president of Sisters in Crime, Heart of Texas chapter, Vice President for San Gabriel Writers League of Georgetown, and is a member of Bayou Writers Group of Lake Charles, LA, Golden Triangle Writers League, Beaumont, Texas, and the Writers League of Texas. She is a sought-after judge for writing competitions, and helped found the Georgetown Public Library’s Writers College where she teaches regularly. She serves as a judge for the new reality television show The Write Stuff, airing June, 2009.