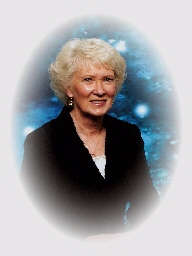 Marja McGraw, born and raised in Southern California, is a true Californian. Her family traces back to the 1850’s in Los Angeles.

Marja worked in both criminal and civil law enforcement for several years. She also worked various other jobs which gave her the well-rounded life’s education that an author needs.

Starting with Secrets of Holt House, A Mystery, Marja followed up with A Well-Kept Family Secret - A Sandi Webster Mystery and the beginning of a series. Bubba’s Ghost, also a Sandi Webster mystery, will be released in July, 2008, and Prudy’s Back! will be released in January, 2009. She says that each of her mysteries contains a little humor, a little romance and a little murder, and that her books concentrate on the characters and solving the crime rather than the crime itself.

Marja and her husband now live in a small community in Arizona, where they enjoy sunshine and warm weather.