Who says that murder, mayhem, and the French Revolution can't be fun? 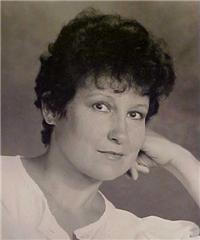 The granddaughter of children’s historical author Lillie V. Albrecht, Susanne Alleyn definitely doesn’t write for children, unless, like her, they have found guillotines, high drama, and the French Revolution fascinating since the age of ten or so.

After studying acting and singing, and earning a B.F.A. in theater from Tisch School of the Arts at New York University, Susanne eventually came to the conclusion that, as an actor, she was quite a good writer, and that sending out manuscripts to editors and agents was still easier on the nerves than going to auditions. (She can, nevertheless, still sing a high C when requested.) Having been unwholesomely fascinated by the French Revolution since she read the Classics Illustrated comic-book version of A Tale of Two Cities, she set out to write about it. Her first novel, A Far Better Rest, a reimagining of A Tale of Two Cities (what else?) from the point of view of Sydney Carton, was published in 2000.

Though a longtime fan, she had never considered writing mysteries, however, until she suddenly found herself creating a historical mystery plot suggested by an actual series of murders committed in Paris in the early 1800s. Police agent (please don’t call him a spy) Aristide Ravel made his first appearances in Game of Patience and A Treasury of Regrets (one of Library Journal's best mysteries of 2007), both set in Paris in the Directoire period of 1796-97. Ravel returned in 2009 in the prequel, The Cavalier of the Apocalypse, set just before the French Revolution. Susanne is currently at work on the fourth mystery in the series and intends to cover the entire Revolutionary period in future novels."

Susanne is also the owner, manager, secretary, bookkeeper, shipping department, and janitor of the online bookstore Tricolor Books (http://academyboox.webs.com), specializing in out-of-print, rare, and academic books on French history. She would like to add that she speaks French very badly.