Author of the Molly Forrester series 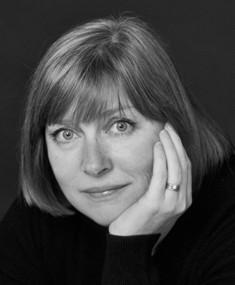 I've always loved mysteries--the puzzle, the suspense, the vindication. But I've been working in television, where the emphasis has shifted to the forensics and the procedures of investigation and away from the complexities of personalities and interaction. And that takes some of the thrill and the fun out of the hunt for me. That's why I wanted to make the Molly Forrester series "anti-procedurals," a throwback to the days of Nick and Nora Charles, when the proper cocktail was a crucial part of the investigation, and sly banter and snappy patter were key to getting a confession.

I love writing the "Molly books," as we refer to them in our house. I'd always wanted to write novels, but I took the long way around. I was a playwright in college (College of William & Mary in Williamsburg, Virginia), then headed to Los Angeles to try my hand at screenwriting. After a brief brush with movies, I moved into television, working as a development executive for Grant Tinker's GTG Entertainment. I then became a half-hour (sitcom) writer, working on shows including Parker Lewis Can't Lose and Dave's World. More recently, I have worked as a writer/producer in hour (drama) television, on shows such as Charmed and For the People.

In addition to my writing, I teach for Act One, an instructional program for Christian screenwriters, and for UCLA's Writer's Extension Program.

I live in Los Angeles with my amazing husband, Mark Parrott, and our two terrific children, Sara and Sean.